According to the International Federation of Robotics (IFR), autonomous mobile robots are growing rapidly in the logistics automation market and are expected to reach 700,000 units by 2022, up from 110,000 units in 2018. According to this projection, the compound annual growth rate (CAGR) of the manufacturing industry will reach 45%. While a mobile robot should be able to operate safely in a crowd according to its design criteria, the rapidly changing market often leaves businesses confused about how to ensure the safe use of mobile robots.

1. Dynamic planning of the AGV path of the Mawei unmanned forklift truck

Based on a completely self-developed solution, when the AGV uses sensors and software algorithms to complete specified tasks, in a dynamic environment with many uncertainties, such as: the road ahead is congested, the dispatching system re-plans other smooth routes. For unmanned forklifts, the travel time is shortened and the operation efficiency is improved; another example is the unmanned forklift on the route ahead, the dispatching system autonomously locks the current route, and subsequent vehicles pass through other routes to avoid stopping the line. 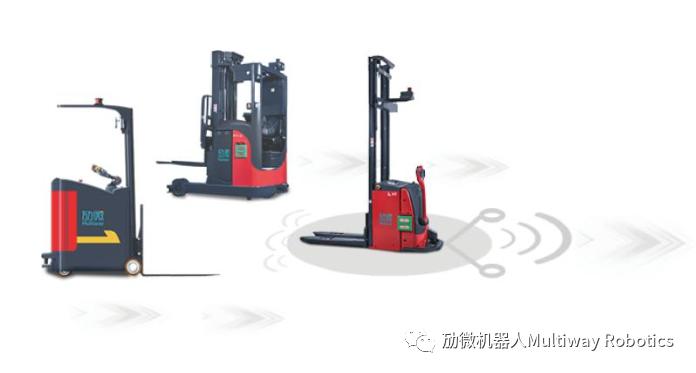 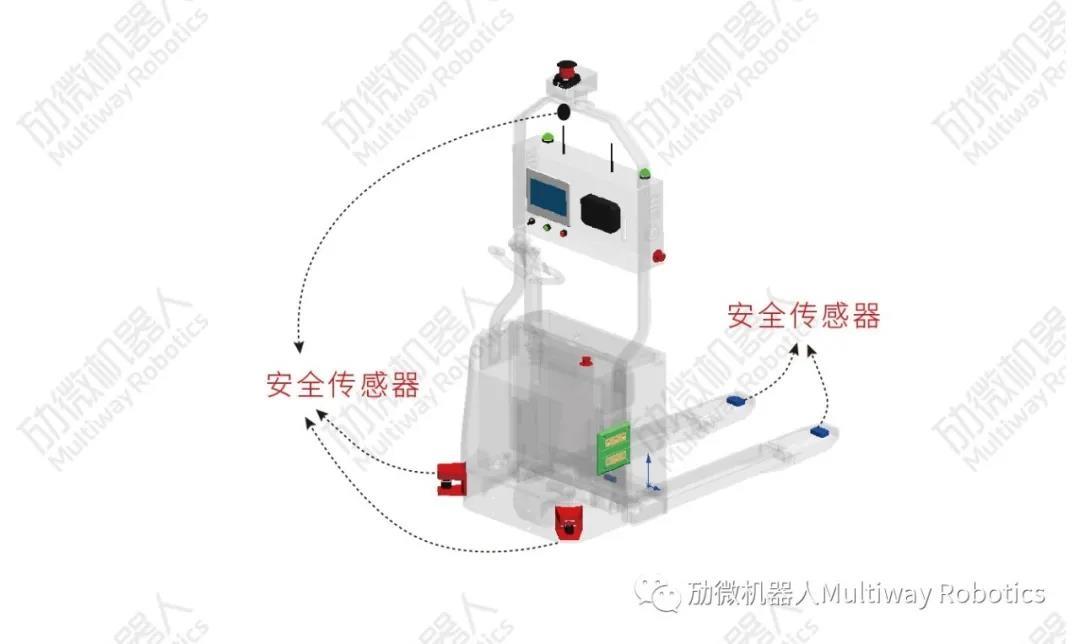 The AGV of the unmanned forklift truck has a built-in safety closed-loop system, which ensures that when any safety device fails, the self-developed on-board system can effectively control the vehicle to stop operation and give an alarm. The unmanned forklift AGV body is equipped with a safety laser sensor, a photoelectric switch at the tip of the fork arm, an electronic edge, an emergency stop switch, etc. The on-board system autonomously collects the status of each device in real time (whether it is faulty), and when any device fails (failure), Both can cut off the power supply of the unmanned forklift AGV, and stop the alarm to avoid continued operation in the event of failure of the safety device, ensuring the safety of personnel and equipment.

In terms of function, the AGV of Multiway unmanned forklift can avoid collision by prompting, decelerating to stop or holding the brake, so as to avoid obstacles; the design complies with all relevant safety standards, aiming to maximize the safety performance in expected use.

Maewei nmanned forklift AGV can not only meet the mechanical safety standards, but also give users additional functional help to deal with unexpected risks, multiple protections, and comprehensively avoid the safety risks of unmanned forklift operations. We firmly believe that strong independent research and development strength and continuous innovation ability are the foundation of the company's continuous growth, and it is also the source of long-term customer service and customer empowerment; product safety and high-quality product delivery are the guarantee of customers!


Other Articles About Material Handling Robots

Focusing Closely on the Essence and Core Demands of Customers, Multiway Robotics Firmly Establishes the Concept of Product Value and Service